OUR BOARD OF DIRECTORS:

Diep To – Founder and President

Diep is a marketing and management professional with over 15 years of corporate and entrepreneurial experience. Prior to working as consultant for Vietnam development, she worked on a number of projects sponsored by the Canadian embassy in Hanoi and taught marketing strategy at Ha Noi Open University in Vietnam. She has been working as a Vietnam business consultant since 2003, connecting business people in North America and Vietnam. Currently, she is the founder and president of Flavours of Vietnam, a high-end boutique travel company that provide world-class clients and celebrities with exclusive customized travel services. She is world traveler. Diep To is very  passionate about community based tourism and charitable projects. She started her humanity work such as building houses, school using her own resources in Vietnam and involve volunteer and humanity work in the countries where she visited since 2003. She is also known as a good food cook. She offers cooking classes in Vietnam, EU and North America and donate the money for her charity activities. Diep currently lives in both Montreal, Quebec, Canada and Hanoi, Vietnam. Diep spares no efforts and work closely with her younger sister, Bich Ngoc with great support from her family to found Diep To Foundation and is an Embassador to promote Vietnam and Canada.

Le Bich Ngoc practises architecture, landscaping and town planning. Before the founding of the Diep To Foundation, she worked on the preservation of important historic monuments and buildings in Vietnam, including the Royal Monuments in Hue. Ngoc began her charitable activities in 2003, working with her sister Diep to help improve the lives of villagers in the remote regions of northern Vietnam. She brought her architectural talents to the task of designing and building traditional stilt houses, schools and modern sanitary facilities. She co-founded the Vietnam-Canada cultural friendship village in Pu Bin, Mai Chau, Hoa Binh Province. She is also co-founder of Flavors of Vietnam, a socially responsible company that is the principal financial sponsor of the Diep To Foundation’s charitable activities in Vietnam. She currently resides in Ha Noi, Vietnam. She maintains her interest in historical preservation and delights in raising her two beautiful daughters. 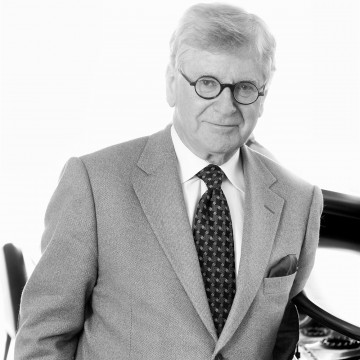 Community Involvement:
Professor Atkey is sought as a speaker by community groups throughout North America to explain security intelligence matters and accountability in a changing society. He lectured at three law schools in China in 2008 on the subject of Anti-terrorism and Human Rights, was a panelist in 2009 at the Foreign Office Conference in the UK on the subject of oversight in matters related to counter-terrorism and human rights, and a panelist in 2010 at the ICJ in Geneva on Intelligence Accountability. He returned to China in 2009, 2011, 2013 and 2014 to speak at anti-terrorism and anti-corruption conferences.
He is currently an independent director of Entertainment One Ltd. listed on the London Stock Exchange, and was formerly a nominated director of Canadian subsidiaries of Time Warner Inc., British Gas Ltd. and Nikon Inc. In community matters, he has served as President of the International Commission of Jurists (Canadian Section), a director of the Ontario Mental Health Association, and is currently a trustee of the Toronto Symphony Foundation.

Academic:
In June, 2012, he received from Osgoode the Award for Teaching Excellence among Adjunct Professors. A similar award was granted at Western Law in 2010. These positions represent a return to law teaching, his first love.
After graduating in Law from Western in 1965 (LL.B. gold medallist) and Yale University in 1966 (LL.M.), he taught Constitutional and Administrative Law at three Ontario Law Schools (Western, Osgoode, UofT) and served in 1970-71 as a counsel to the Ontario Law Reform Commission.
He has published many articles on protecting human rights, national security, business law, corporate governance, Canada/US relations, regulatory matters and the Canadian Charter of Rights and Freedoms. Mr. Atkey co-authored a book on Canadian Constititional Law used extensively in Canadian law schools in the seventies, and wrote a novel “The Chancellor’s Foot”, a political thriller dealing with politics, crime and security set in Ottawa and Montreal, published in 1995 by Little Brown Canada.

Public Service:
While teaching full-time as a tenured associate professor at Osgoode Hall, he was elected in 1972 as Progressive Conservative Member of Parliament for St. Paul’s in Toronto. He served for two separate terms. In 1972-74 he was appointed by Hon. Robert Stanfield as Opposition critic for Corporate Affairs and the Competition Act. He was appointed by Prime Minister Joe Clark as federal Minister of Employment & Immigration in 1979-80 with responsibilities for the Indochinese refugee movement. During this latter period he served as Political Minister for Toronto.
He was appointed by Prime Minister Mulroney as the first Chair of the Security Intelligence Review Committee established under the Canadian Security Intelligence Service Act in 1984 to review CSIS and to adjudicate security complaints. Since completing that work, he has served as amicus curiae to the Arar Commission of Inquiry and on several Federal Court anti-terrorism matters, and acts as one of several Special Advocates appointed by the federal Minister of Justice under immigration security certificate cases in Canada. He currently holds a Top Secret security clearance.

Private Law Practice:
For over 30 years before his retirement in 2007, he practiced corporate and public law with Osler Hoskin Harcourt LLP, one of Canada’s oldest and best-known law firms, and co-chaired the Public Law and Regulatory Affairs Department. During this period he represented international companies active in the Canadian entertainment sector, particularly Time Warner Inc. and Viacom Inc. 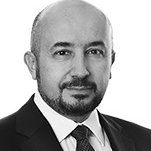 Mr. Carbonaro has become a director of Diep To Foundation in 2015 and is the first Canadian sponsor to build a toillet in Pu Bin. He is also a Peace and Culture Embassador of Na Phat- one of the five villages of Pu Bin, known as the Vietnam – Canada culture and friendship village.

David Carbonaro also practices securities, corporate finance, mining and international law and is partner at Dentons Canada LLP. He also advises public companies, securities dealers and investment banks on corporate finance matters in what has become a rapidly changing and demanding regulatory landscape. He has been instrumental in a number of strategic initiatives for Canadian clients in China and the Middle East, and is devoting his legal and business expertise to assisting Canadian companies in accessing the tremendous opportunities available in these emerging markets, and in assisting Chinese companies in their Canadian investments. Mr. Carbonaro was appointed as special counsel to the Toronto Stock Exchange (TSX) for the purpose of presenting the opportunities on the TSX to the Kingdom of Saudi Arabia investment community at Tadawul in Riyadh (the Saudi Stock Exchange), and to the Ho Chi Minh stock exchange in Vietnam. He has extensive experience in international business and has advised companies doing business in Africa, Asia, and the Middle East and North Africa.

David is a strong advocate of community-based pro bono and charitable activities. He is a founder and was director of the KGL Foundation, a non-profit charity focused on providing basic needs and education to children in the Democratic Republic of the Congo, and he was also a director of Start2Finish, a registered Canadian charity that provides lunches and school supplies to needy children across Canada.

© Diep To Foundation 2015. All Rights Reserved.